The Costa Blanca is one of the Mediterranean’s top tourist destinations. Its mild climate, with an annual average temperature of 17ºC, and the beaches and coves along its 218 kilometre coastline, over which fifty EC Blue Flags wave, are more than sufficient to attract the massive number of visitors that have spent their summers on our coasts for several decades.

The north of the province, the Marina Alta district, is cut across by mountains that reach the sea to create impressive cliffs towering over tiny, secluded coves in such places as Denia, Jávea, el Poble Nou de Benitatxell and Benissa.

The Marina Baixa district has some of the best-known fine sand beaches, such as those in Benidorm (Levante and Poniente).

The south of the province, from Alicante to Pilar de la Horadada, is also famous for its long beaches, as well as for the many wetlands and saltings (the Lagunas de la Mata lagoons in Torrevieja and the El Hondo wetlands in Elche) and for sand dunes of exceptional natural value, especially those in Guardamar. 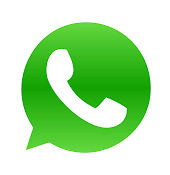